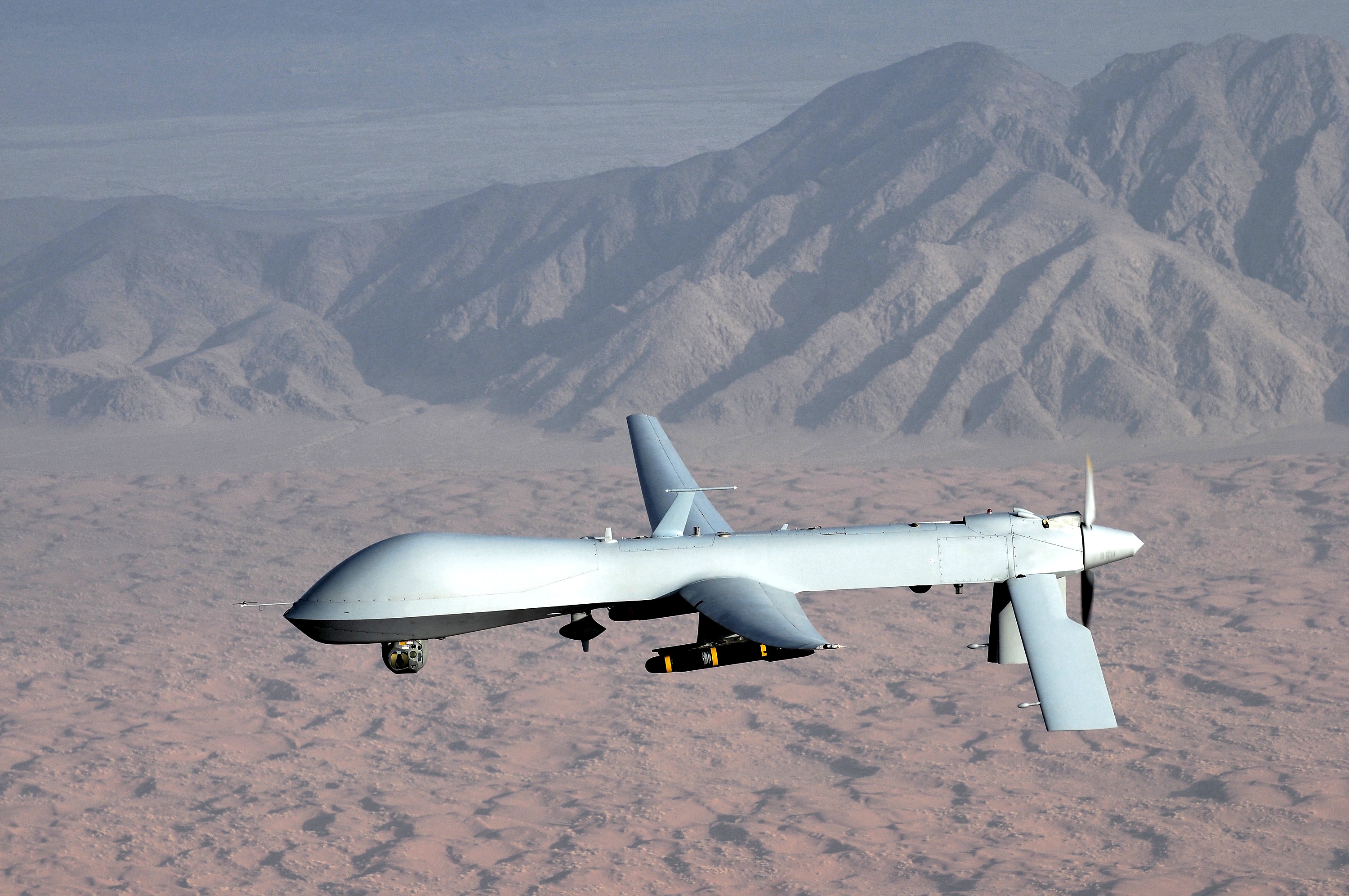 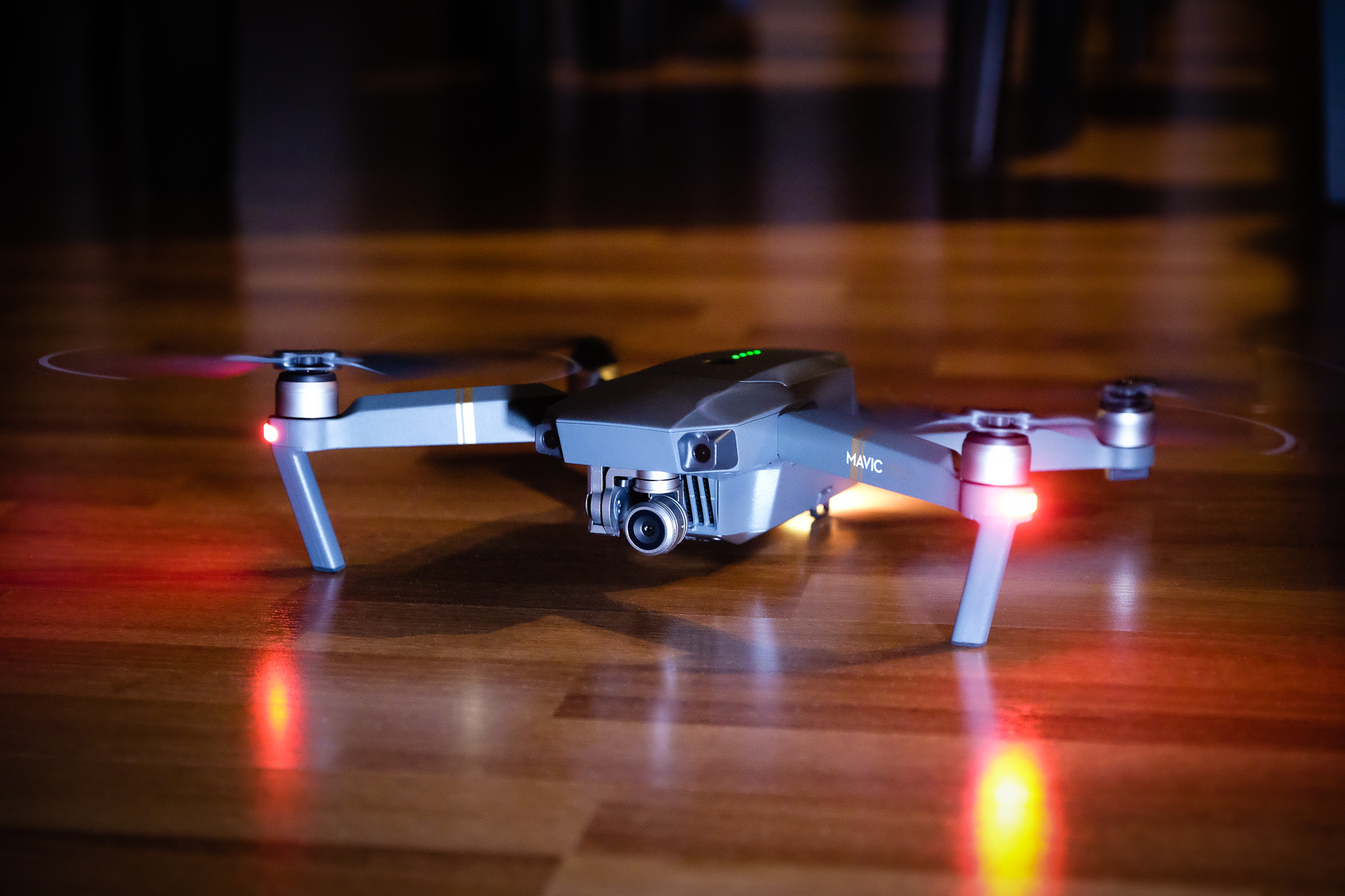 Nowadays however, drones have become sophisticated gadgets that are available at your local Best Buy. Although they are not equipped with machine guns and laser guided missiles, a camera, which records up to 4K resolutions, is often found on these flying robots that provide a unique perspective to the world around us. Drone has become the eye in the sky that give its users the ability to take stunning photographs and videos like never before. It can help a journalist to develop an alternative viewpoint in the story and assist a search and rescue team to track down the missing person in the woods.

Drones have also become smarter in technology and smaller in size. Manufacturers such as DJI have created drones that can fly up to seven kilometres away while maintaining a size of a water bottle. These drones are equipped with GPS/GLONASS and advanced obstacle avoidance system that safeguard aircraft in the air. DIY hobbyists and professionals have also constructed their own drones that enable extra functions such as pesticide spaying and parcel delivery. Amazon for example, is currently developing a drone delivery system called PrimeAir, which offers 30 minutes delivery service for people who live near the Amazon Warehouse.

However, not everything about the drones are bread and butter.

Due to its size and portability, drones are considered a double-edged sword in the society today. As part of the technological revolution of the 21st century, drones have created many ethical issues that are not covered by existing laws. The three main ethical concerns with these flying robots are safety and privacy and autonomy.

Drone safety is perhaps one of the most important issues facing the general public. Inexperienced drone pilots are considered great hazard to individual lives and properties. Statistically speaking, drones are 100 times more likely to crash into a person, structure or vehicle when compared to a manned aircraft. With clueless piloting at play, these sophisticated robots can easily crash into an innocent pedestrian, cyclist or driver. Its spinning propellers could lead to serious head injuries and even death. There are tens and thousands of videos on YouTube that showcase risky drone behaviours ranging from hedgehopping over a busy street to flying over a firework. When a drone is falling from the sky, it has no control over its target.

Perhaps one of the most debated drone safety issues would be the threat to air traffic. There have been numerous reports of aircraft being hit by unmanned drone that flew into their flight path. Although drones are small in sizes, they are more than enough to create an unimaginable air disaster. Videos from YouTube have shown drone pilots flying their machines at more than 11,000 feet, a height that is shared by many commercial aircrafts. It is very hard for an aircraft pilot to spot a reckless drone from a long distance. It would be too late for any maneuvers when a “flying devil” is spotted. In April 2016, a British Airway A320 carrying 132 passengers was hit by an unidentified drone. Fortunately, the jet landed safely at Heathrow Airport without any injuries. In October 2017, an aircraft from SkyJet Aviation suffered minor damage from a drone strike during its final approach to Quebec City. Canadian Transport Minister Marc Garneau pointed out that “aircrafts are particularly vulnerable when they’re on final approach”. 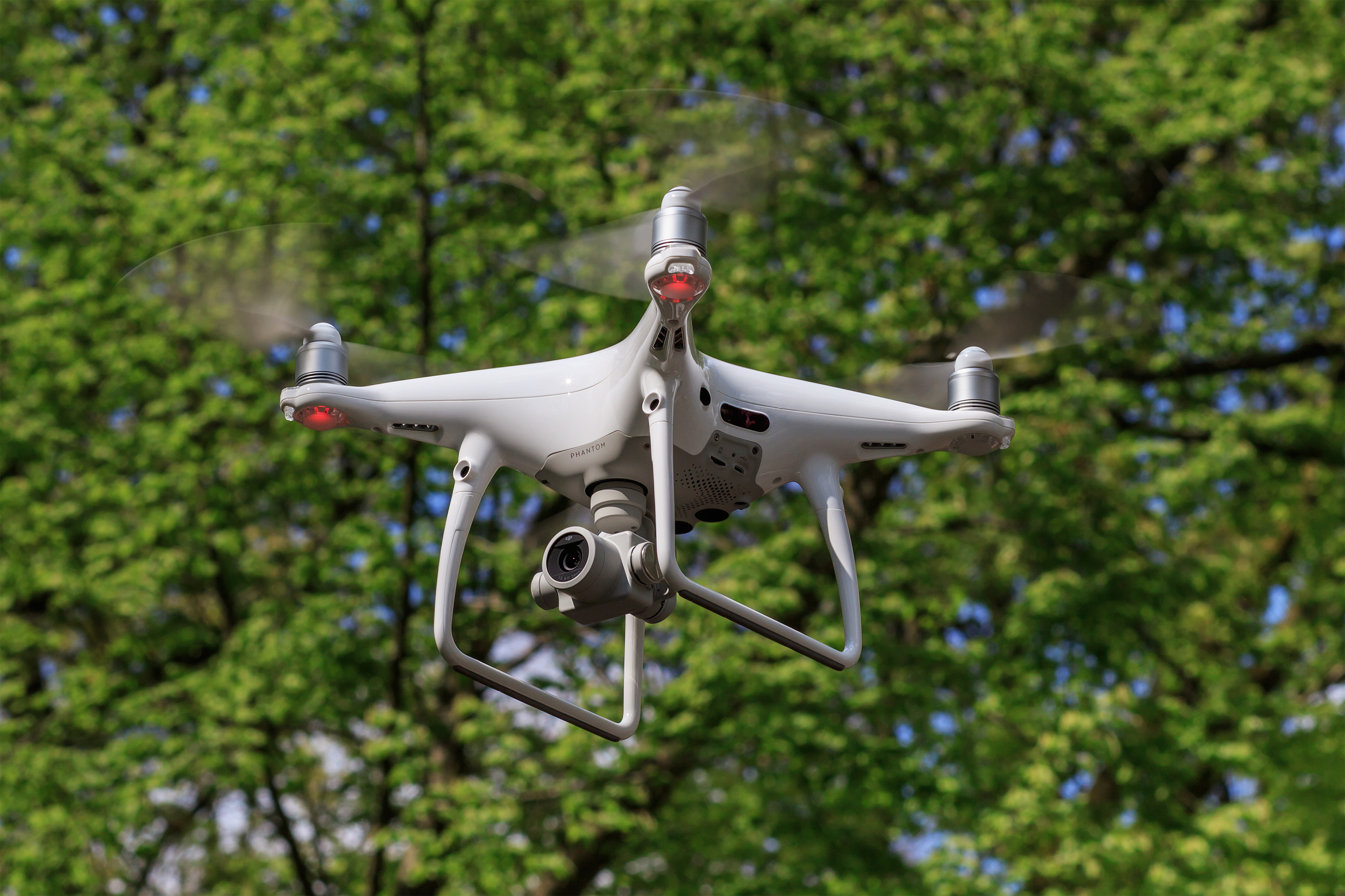 Since all commercial drones feature a camera, privacy issues began to emerge among the general public. Some people are paranoid about the eyes in the sky especially when their actions are recorded on a camera they can’t see. There has been a huge debate on the classification of privacy violation. Some drone pilots were accused of intruding personal privacy when they accidentally filmed their neighbour and flew into their backyard. In some extreme cases, the property owner could use their weapons to shoot down the incoming drone. It is very difficult to differentiate the level of drone intrusions as current laws are not applicable in these situations. Drones nowadays are mini-computers that use open-source platform. Therefore, these drones are vulnerable to external attacks. If an airborne drone is hacked mid-air, the infected unit could act as an agent for the hacker to conduct illegal activities without the owner’s knowledge.

DJI’s Intelligent Flight Modes for its line of drones

This brings us to the final issue with drones and that is autonomy. Drones are sophisticated equipment that takes control from a human pilot. What if there are no more pilots involved with the drone operation? What happens if all the drones are automated? Researchers of the Robotic Labs at the University of Pennsylvania are currently developing drone prototypes that react to its surrounding without consulting the human actions. These drone prototypes often fly in formations and conduct extreme maneuvers that are not achievable by human beings. Researchers are looking forward to transforming fire and medical responders with a fleet of drones that flies in-door and scans all the hazards. However, there are ethical issues involved with the algorithm. Can human really rely on the automated flying robots to save human lives?Similar prototypes can be equipped with machine guns and laser guided missile that does damages without warning. A fleet of armed flying robots could bring an end to human civilization. With the Predator drones, human beings are in control. With the automated drones, no one is in control.

As drone becomes a “life-threatening” object, the government has stepped into address the issues from a legal perspective. The Federal Aviation Administration (FAA) in the United States requires all drone owners to register their device with the government. Transport Canada on the other hand does not require drone owners to register their drone if the aircraft’s weight is under 35 kilograms. Strict rules are applied to amateur pilots who fly drones for the first time. Both Canada and the United States have restricted leisure pilots from flying in densely populated areas including downtown and sport stadiums. Leisure pilots also are told to fly their drones at least five kilometres away from any airports or helipads. Drone manufacturers on the other hand should also implement solutions to ensure drone safety. DJI for example, has marked all airports, helipads and military bases as restricted airspaces (Red Zone) and users will not be able to take off within a radius of five kilometres. Densely populated areas such as downtown (Yellow Zone) are marked as controlled airspaces that contains limitations in the drone’s height and distance.

It is important to take note that drone regulations are not strictly enforced by the government and drone incidents will occur on a common basis unless drone pilots are organized. Therefore, it is essential for the government to work closely with the manufacturer to develop a set of enforced rules for drone operators. New drone pilots are required to take government approved safety tests before unlocking additional functionalities on the drone. Beginner pilots are subjected to heavy restriction and people can expand their flying freedom by completing additional tests, just like the process of acquiring a driver’s license. Drone manufacturers should also come up with an algorithm to deal with engine failures. If one of the motors failed to work, the remaining motors should balance itself to achieve equilibrium status in the air instead of falling to the ground.

The government should update nationwide regulations on drone privacy. This includes whether flying over private properties or taking aerial shots are considered as intrusions to individual privacy. Lawmakers should also debate about the difference between drones and helicopters since the latter one involved no legal issues when flying over properties. It is inevitable for people to walk inside the frame of a camera, let alone a drone that views everything from above. A similar privacy issue occurred more than a hundred years ago when Kodak released their compact camera. The public was in rage, fearing that their beach photos could end up in the hands of criminals. Such concerns became non-existence in the next few decades as compact cameras flooded the market.

Drone autonomy is also a controversial topic of discussion for the government. It is directly related to the controversies behind automatic killing machines. No matter how smart a robot can be, it lacks human conscience. If the technology ends up in the wrong hands, these automated drones can be reprogrammed to target innocent civilians. Unless controlled by an authorized personal, drones should be stripped away from any law enforcement or military organizations.

Having an eye in the sky isn’t always a great thing. Drone pilots should always fly their drone ethically and responsibly. Tech communities should strive to build drones into a tool that broadens human vision instead of a weapon that threatens innocent lives.